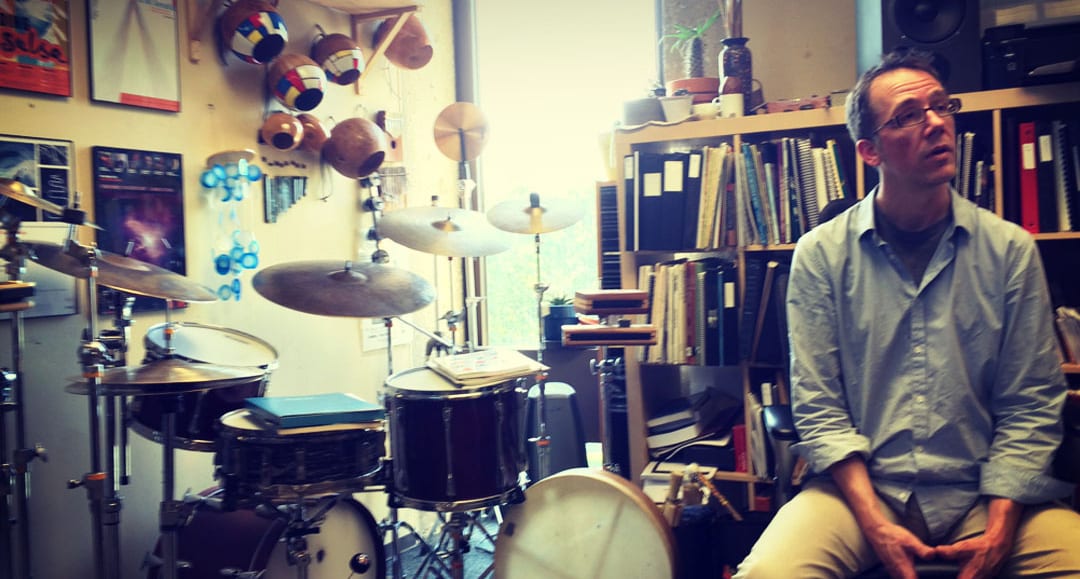 Hailed as a “prodigiously talented percussionist” (Chicago Classical Review) Gregory Beyer is a contemporary music specialist with significant experience in orchestral, jazz, and world music who combines the multiple disciplines of 21st Century percussion into a singular artistic voice. He has given solo performances and masterclasses throughout the world.

In 2015 under the auspices of the Fulbright Scholar Program, Beyer is an invited visiting scholar at the Federal University of Minas Gerais (UFMG) in Belo Horizonte, where he will focus entirely upon his project, Arcomusical – a multi-faceted resource for the Afro-Brazilian berimbau dedicated to performance, publication, research, and community building. Arcomusical has grown steadily for over fifteen years and has recently enjoyed a myriad of successes, including: invited festival performances, capoeira workshops, film scoring contracts, and international percussion convention presentations. In Brazil, Beyer will study the berimbau in the larger context of the Afro-Brazilian martial art of Capoeira Angola and will share his knowledge of the instrument with music students UFMG.

Beyer is a member of Dal Niente, the award winning Chicago based contemporary chamber music ensemble, and he has performed as soloist and chamber musician in Europe, Central America, and the United States.

Beyer is Associate Professor and Head of Percussion Studies at Northern Illinois University, where he directs the Percussion Ensemble (performed at PASIC in 2009 and 2013) and New Music Ensemble.

Around 1999, I was picking up a few odds and ends in Drummer’s World in midtown Manhattan, when suddenly from the back of the shop I heard this amazing sound. Someone was playing a berimbau, and playing it very well. I headed toward the source of the sound and was shocked when I saw what was going on. A 30-something businessman, in typical Wall Street attire, was playing berimbau with amazing musicality and control. I was dumbfounded, but my curiosity led me to start up a conversation. He explained that he was from Boston, in town on a business meeting. That evening his company was holding a banquet dinner and part of their entertainment that evening would be a sort of ‘Talent Show’. At an earlier point in his life, he had taken a liking for the berimbau and had spent a lot of time with the instrument. Now he had come into Drummer’s World, looking for an instrument to pick up to play in the show. He was incredibly kind, and kindly informative. Concerning his own inspiration for playing berimbau, he said, “If there is one album you need to pick up in what concerns berimbau, it is “Saudades” by Naná Vasconcelos.”

I left Drummer’s World with the most inexplicable buzz and immediately headed to Virgin Records next door and found the record. I got home, I put the CD in my stereo, my jaw hit the floor. In an instant, the berimbau stole my heart.

Over a decade later, the fire still burns and Arcomusical continues its mission to build a vibrant and diverse repertoire for the berimbau.