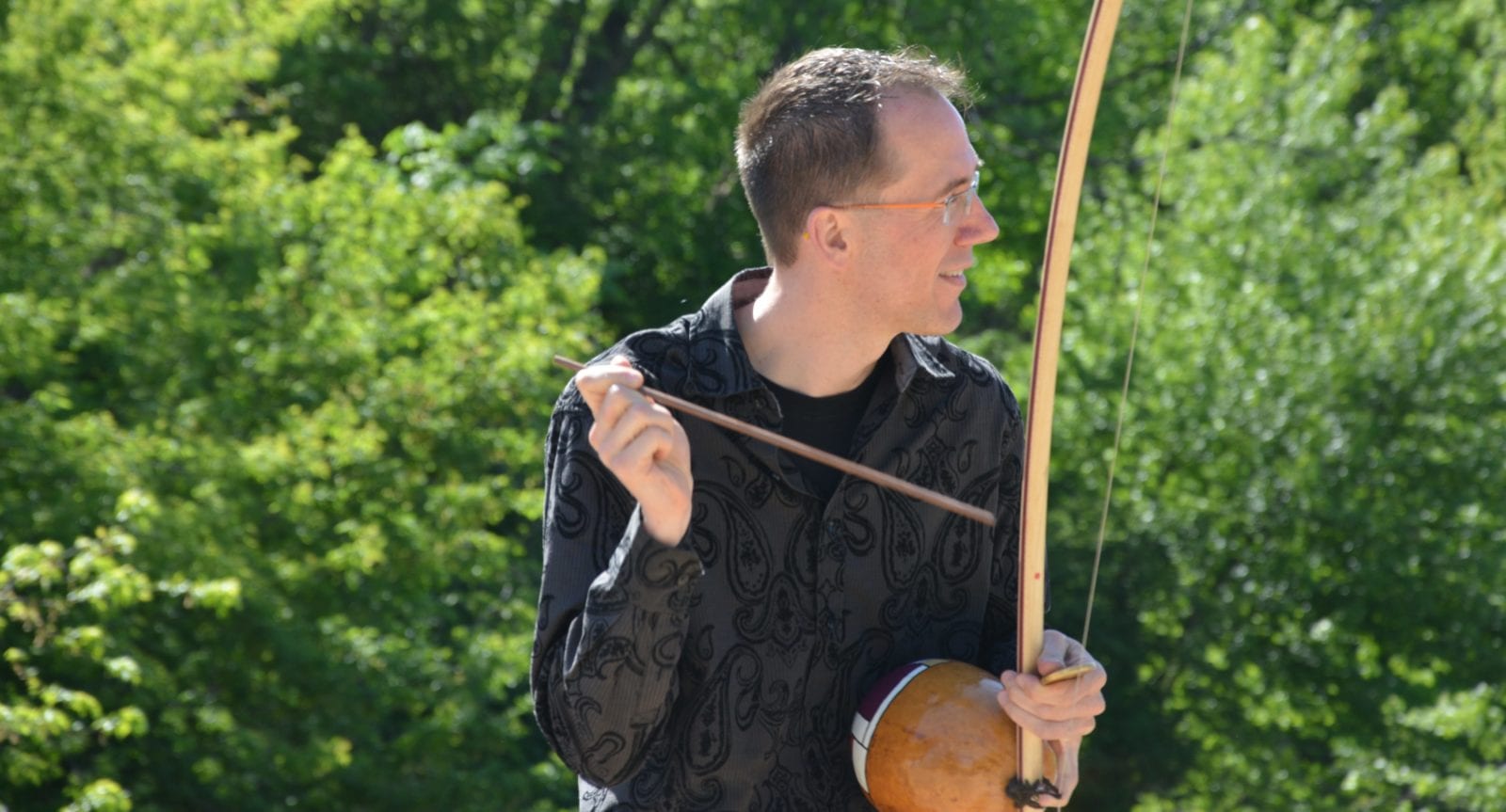 Arcomusical is an organization dedicated to the advancement of the Afro-Brazilian berimbau and related musical bows, supported by five pillars of activity:

The berimbau is one member of the “bow” family of musical instruments found all over the world. Its closest relatives are found in southern Africa, specifically in the Portuguese speaking countries of Angola (e.g. hungo and mblumbumba) and Mozambique (e.g. xitende).

Having created a diverse and substantial repertoire for contemporary berimbau performance, Arcomusical has become a publishing entity offering scores ranging from solos to sextets, from concerti to mixed ensembles, and from acoustic to fixed and interactive multi-media environments.

Arcomusical began in 1999 when its Director, Gregory Beyer, fell in love with the berimbau via the music of famous Brazilian percussionist, Naná Vasconcelos (1944-2016). What began as a simple transcription of a track from Vasconcelos’ 1980 ECM recording, “Saudades” gradually blossomed into a 200+ page DMA thesis. Completed in 2004, the thesis discusses the berimbau in three musical contexts: Brazilian, African, and contemporary. In 2007, Beyer traveled to Recife to conduct an interview with Naná Vasconcelos that was subsequently published in Percussive Notes, the research journal of the Percussive Arts Society.

Arcomusical is now a central locus for a global community interested in research and creative uses for the berimbau in Capoeira and beyond. In Brazil, the United States, and around the globe, Arcomusical is creating important connections inside the world of Capoeira Angola and among the expanding circle of creative musicians who use the berimbau as a primary vehicle for expression.