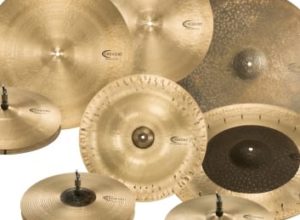 I’ve been using Crescent Cymbals for well over a decade. For small group jazz or chamber music, they are wonderful, mellow, and rich. Sabian purchased Crescent and officially began offering Crescent Cymbals under their mark in June 2016. Now I have the pleasure of working with two of the biggest names in artisan cymbals that have joined forces to produce the best of Old World craftsmanship in North America.